FCA recognizes opacity and illegalities in the Xavier Nava administration 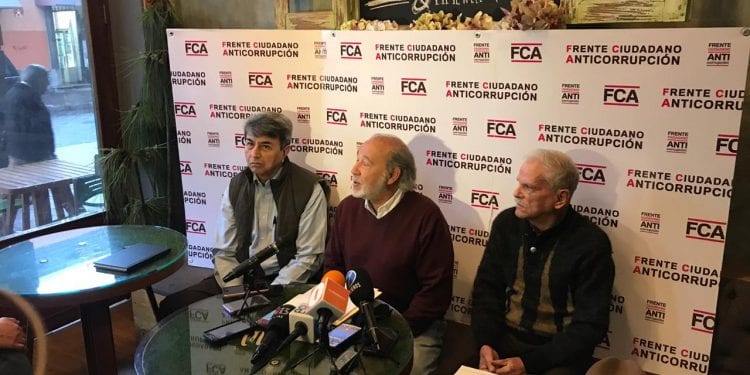 “In the bids, as far as I understand, only four are those that do not comply with the guidelines that are established. We are waiting for an answer, we have a meeting with the municipal president next Wednesday to clarify some of these issues”, he explained.

When questioned about whether there will be any investigation on the part of the FCA, he replied: “I believe that he should do it, we are like ranch dogs, we chew on his own and those of others if they try to eat the chickens, all the authorities are subject to the regulations that exist and as the FCA we can not ignore it”.

On the lack of transparency of the City Council, whose members have omitted to publish online the information that by law should be included, Nava Calvillo said: “we are in that, is another of the issues we want to deal with the mayor because we still do not see a total and absolute transparency, (…) is a claim that we make so that they want to differentiate from the previous ones (town councils)”.

It is worth mentioning that the Anti-Corruption Citizen Front has been the target of criticism for the relationship of its members with public figures, both in the capital administration and in the state government.

Such is the case of Hugo Stevens Amaro, brother of Leopoldo Stevens Amaro, head of the Ministry of Urban Development, Housing and Public Works; and the Nava Calvillo, both Luis and Manuel, who are uncle and father respectively of the capital Xavier Nava Palacios.

In fact, Luis Nava Calvillo was urged by the rest of the members of the Anti-Corruption Citizen Front to manage a “low profile” for his parental relationship with the capital’s mayor and his own status as a disqualified official to hold public office, after his management in the Seduvop, during the presidency of Fernando Toranzo Fernández.

Also read: Xavier Nava and his friends defend themselves &#8230; with more lies

The lies of the Chief Officer of Xavier Nava

The allocation of public works in SLP:  irregularities and corruption