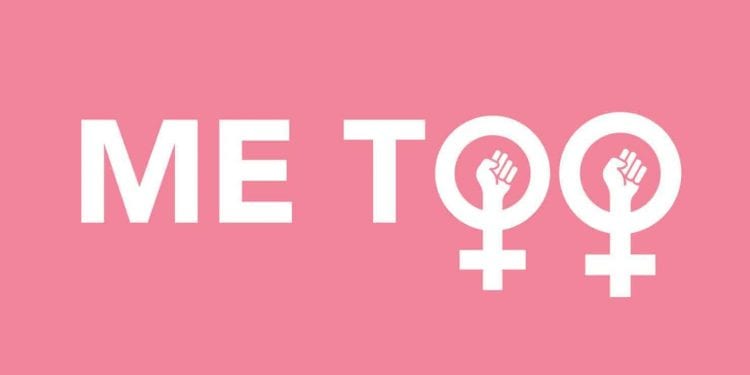 La Orquesta collects two testimonies against AlfredoPpadilla, one of those who most complaints in networks has accumulated

“True to my habits only as intelligent and insightful females, which in these days of Internet and palliatives are irretrievably difficult to find…”

The previous fragment is part of a text that the writer Alfredo Padilla published in April 2015. Words more, words less, man uses prose to describe a relationship (in which the emphasis is placed on his superior qualities) with a girl that he fantasizes about killing her… to eat her.

Seldom as in San Luis Potosí, the #MeToo took on such a literal meaning, because the strenght of the movement at the national level and a first complaint with the HT #MeTooEscritoresMexicanos led a handful of girls to tie the ends of a history of harassmentvand intimidation that, for some, even, began a decade ago with a common factor: Alfredo Padilla.

He would answer what he had to answer, but he always took the opportunity to mention something about my body. First it started very light and then it was increasing in tone. First, it was like, “you are very pretty” and then it was like “I like some part of your body”, until I got to “I dreamed with you and I want to do this to you”.

The experience of Diana* occurred almost 5 years ago and although she denounced the artist’s attitude, her superiors dismissed the story arguing “no, they have known him for years, he has a family, he may be confused”.

“Get the cross into your pussy”

Years later, while Adriana *, another girl, read a text of her authorship in a cultural event, the writer listened to her and at the end of her speech he addressed her:

“They introduced us, we had friends in common and he told me that he really liked my texts and that is the first approach, the first contact we made. He asked for my mail, he even asked me for my texts, he asked me if he can get them and I said yes”.

I had read it before; I was cool about some things he said and I was touched by the idea that a writer I knew would also like my work. I just gave him my email, but then he sent me a message via Instagram and starts following me through that network. “

As described in his text and as reported by the victims, Padilla has made social networks his habitat to stalk and with this he seems to have added his victims to the only official statistics that the Inegi has published on the subject, in 2015: At least 9 million women in Mexico have been victims of cyberbullying.

At first, the writer sought to entangle Adriana with the false promise of placing some of her texts in the spaces that published it, argument that fell when the girl met another girl, also possible victim of Padilla, and with whom she worked in a cultural cut fanzine. He never mentioned the possibility of including the promised texts.

“Then he asks for my WhatsApp. We started talking about it and the questions become a little more personal, such as what I do, where do I work. When I told him that we could not date there was some discomfort.

Suddenly one day, out of nowhere, he asked me: what color are your panties today? I know how easy it would have been to block it, but I did say, “Hey, not these questions; I’m not comfortable. “

Sometimes he blocked me when I told him that I was not interested if our relationship was not strictly laboral. Then he talked to me again and again, his harassment was more direct and he continued to ask me questions of a more sexual connotation.

I remember once fighting through WhatsApp. That was the time I blocked him from that network because I told him that I was not interested and he, I remember a lot of this phrase: he told me then to put the cross in my pussy”.

Both Diana and Adriana work in professional fields that constantly cross the circle of their aggressor, so it was not surprising that, after sharing some details, they discovered that both had been their victims and that there could be more. And they found them.

Since March 23th, when #MeTooEscritoresMexicanos started its climb on Twitter, Padilla was placed as one of the characters that accumulates more complaints, even equating to the profile of Herson Barona, the protagonist of the case that triggered the digital movement.

For the victims of the Potosino writer, that was the green light to make public their denunciations, some openly and others anonymously, the latter characteristic that has provoked the turn of the digital discourse around the legitimacy of the claims and the appropriate forms of formalize the accusations.

In this regard, Urenda Queletzú Navarro Sánchez, an academic from the Autonomous University of San Luis Potosí and an activist for women’s rights, dismisses the criticism:

“It is expected that, given the insufficient response from the State, the authorities in the different areas where young women have manifested the violence committed against them, that they resort to this type of movement, which allows them to enunciate all their aggressors and their violence and, above all, that have allowed them to find in the public space others who have experienced the same violence or with different magnitudes”.

The activist refers with irony that shortening the options of victims to the bureaucratic labyrinth of imparting justice in public institutions is to act on the only guarantee of impunity.

“It is well known among those who get involved with the courts that, if they do not mobilize before a violent death, much less they will mobilize before a complaint that they consider to be a normalized cultural practice; that is, the state apparatus is not willing to move beyond what women themselves have forced them to move in the face of the emergence of feminicidal violence.

How can we expect them to respond to our complaints of harassment if, with what is extreme, they do not mobilize?”

On more than one occasion, Potosinos officials whose jurisdiction is the Security or the Procurator of Justice, have emphasized that violence against women is a matter of cultural nature that develops in the family and that in that is protected and encouraged.

For example, during his appearance before the State Congress, in mid-2018, Federico Garza Herrera, Attorney General of the State, suggested that women are also omitted as they often do not report cases of violence or do report them and then repent.

In this context, in which the San Luis Potosí authorities demand that women “do their part” to enforce their right to justice, more than one victim has lost his life at the hands of his aggressor because, after filing complaints and requesting measures of protection, these have not been executed.

In what is perhaps the most chilling point of her case, Adriana tells how, after having blocked all communication with her attacker, one day, upon arriving at her house, he was waiting outside in the company of an unknown man.

“I’m coming and since I’m outside I see that he is there waiting for me, away from the house, but looking towards the facade, toward the windows as if he had already ringed and was waiting for someone to look out.

I was very surprised and at the same time I became paralyzed and angry. The first thing I asked was: “What are you doing here?”, And he said: “I came looking for you”.

I said “you know that I have you blocked from all sides. You can not come looking for me like that at my house. “At that time there was a new pet, then I opened the door, I got to grab it, and in that they enter.

I had a low battery in my cell phone; I did not know what to do and I told them I was leaving. I sent a message to a friend, I tell him that this guy came to look for me and he says “I’m going there”.

Once inside the house, Alfredo begins to tell me: “you are nervous; why are you nervous? Why are you so tense? What’s up?”

I was afraid that they physically assaulted me, so one of my first actions was to open the window and I thought “if I have to shout, all the neighbors are going to listen to me”. He began to move around the house, I was very tense “plugged in” with the cell phone to the charger while waiting for my friend to arrive.

In a moment that I turn around they are making gestures with the head; they did not talk to each other, they communicated by shaking their heads. I felt that I could not move, I did not want to turn my back on them. He begins to insist on taking me where I was going to go and when I toldl him that a friend was coming, at that moment it was very, very fast, they left”.

The complaints that the author accumulates in the #MeToo range from attempts to drug his victims, sending unsolicited intimate images; and harassment in public and private places. What is worse, one of the victims claims that Padilla confessed to harassing but he was unable to contain himself.

Diana reports that after having made her complaint publicly on Facebook, at least three women have been recognized victims of the same person.

“There is a case of a girl who says that ten years ago she had a situation with him. I believe that (the complaint through the #MeToo) is also a way to alert more women and also to know who the aggressors are”.

Adriana considers that “now that she detonated and that Alfredo Padilla was appointed more times, in addition to those we knew, we were relieved to know that it was not our wave. That we were not inventing and that everything that happened is not our fault either.

I would like to say that I feel calm to know that I am accompanied by other women who are also pointing out and denouncing him publicly, but what keeps me feeling uneasy is thinking about women who still do not know this”.

In an ideal world, concludes Urenda Queletzú, the #MeToo should bring with it “that those aggressors inhibit their behavior. Let them know that, if they continue to rape women, women will come out and place their names in the public arena.

This has the possibility of subverting the situation that is generated between a victim and his victimizer, where he enjoys impunity, enjoys his non-existence and places the victim in a confrontational condition before him “.

La Orquesta: Are you afraid?

Diana: The truth is I’m not afraid for myself, but for the others. Of course, no aggression is minor but compared to other cases, I am not afraid of this person. It produces a lot of impotence and courage that still goes there as if nothing aggravated more women and nothing happens.

Speaking specifically about this aggressor, who has been operating in this way for years and who is still there in cultural spaces, in academic spaces, I am afraid of others.