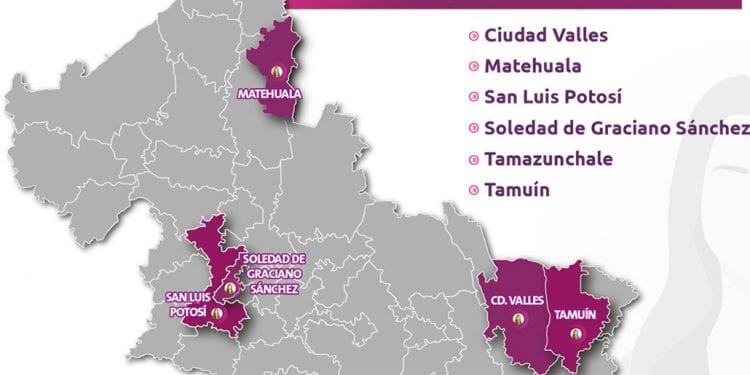 The head of the State Human Rights Commission said that they will request that the Gender Violence Alert be extended to San Ciro de Acosta, Rioverde and Ciudad Fernández.

The head of the State Human Rights Commission, José Andrés López Espinosa, said that they will request that the Gender Violence Alert be extended to three more municipalities in San Luis Potosí: San Ciro de Acosta, Rioverde and Ciudad Fernández.

The Ombudsman commented that this request will be sent to the National Commission to Prevent and Eradicate Violence against Women (Conavim), so that in total there would be nine municipalities with Gender Alert: San Luis Potosí, Soledad de Graciano Sánchez, Matehuala, City Valles, Tamuín and Tamazunchale, in addition to those already mentioned.

“The first step is that we will go personally with the owner of Conavim, we will be exposing this report, which has been done since 2015 and we will be making the express request for the expansion to three municipalities”, he explained.

López Espinosa stated that Tamuín is the most backward municipality regarding the fulfillment of the declaration of Alert of Gender Violence, however, he exhorted the other municipalities to address this issue.

“First the message of zero tolerance, the creation of the units are very specific topics. The units of attention to gender-based violence at the municipal level only have Soledad and San Luis, it is very important to create these units so that they can be coordinated and given immediate attention “.

Woman beheaded on Camino a Peñasco was missing since March 10

Gender Alert “is not a magic wand”: says Caco Leal about femicides