WHAT HAPPENED during the attack against El Mijis? 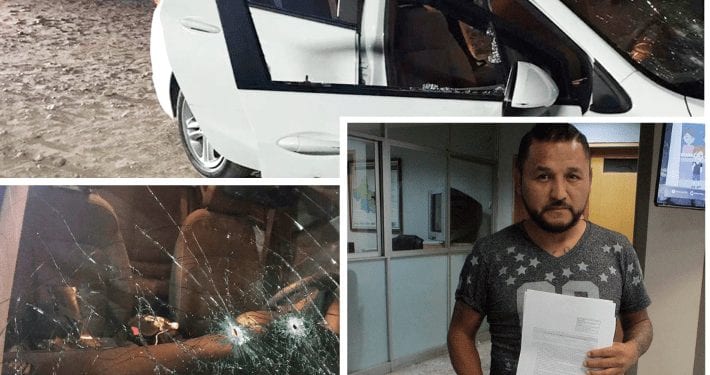 Pedro Carrizales Becerra suffered an attack but escaped unharmed. At approximately 9 pm, the PT deputy, also known as El Mijis, was allegedly attacked by at least two individuals who were riding a motorcycle while he was driving his car on the road to Rioverde and Camino a Santa Rita.

The assailants were matched to their white Chevrolet Cruze vehicle, which they fired, while escorts of the State Public Security Secretariat (SSPE) commissioned to the security of the legislator began evasive maneuvers to get away from the place to address the command of the SSPE Ciudad Satélite, where they were sheltered.

According to official information, the head of the Public Security Secretariat of the State, Jaime Pineda Arteaga, came to the place, He ordered an operation to try to find the person responsible for the attack on the deputy. In addition, the head of the SSPE accompanied the deputy to a preventive medical assessment, as he was not injured in the attack. According to El Mijis, he had to be treated due to the diabetes that he suffers.

For its part, the Attorney General of the State announced that they would initiate the respective investigations to find what happened.

Federico Garza Herrera indicated that the Director General of the Investigative Police was ordered to carry out the proceedings and acts in the place of the facts, as well as to interview the deputy and his escorts to know how the events occurred.

The Expert Services area raised the corresponding indications in the vehicle, which in the first analysis presented at least six bullets: four gunshot impacts on the windshield and two more on side windows.

It should be noted that this is the fifth similar accident suffered by El Mijis, who only on July 22 reported an assault attempt against him when he was diriving on the Santiago River Boulevard.

“A couple of hours ago I suffered an attack. I was circulating on the Santiago River when a car paired me and the occupants begin to shout bad words”, he told social networks half a year ago.

“When I saw this situation I became alert and accelerated to lose them; they throw the car at me to make me crash which they could not because I got on the bridge of the Axis Road to get outside the San Luis Attorney’s Office and they did not follow me anymore. Thank God it was just the scare and we’re fine!”, he added.

“I am still alive! and without fear […] when fighting for justice there is nothing to fear. I thank the people who take care of me and protect me until the victory always. We are many and they know it!”, he said. 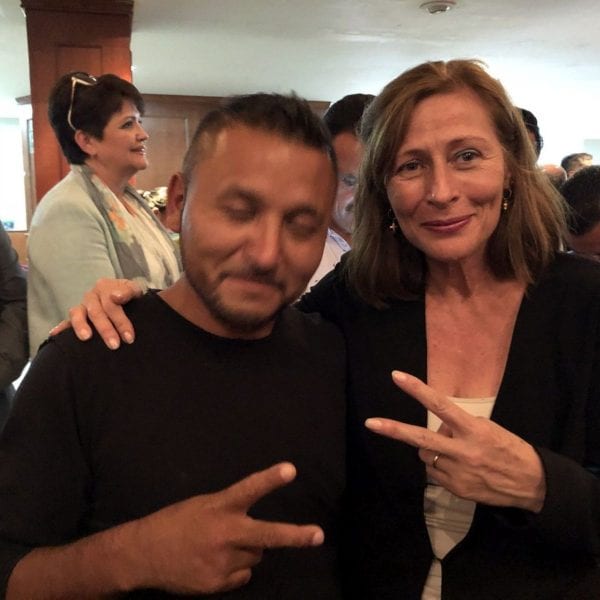 SUPPORTED BY SOME DEPUTIES

Minutes after the attack occurred, several voices spoke to show their solidarity with the controversial politician of the PT.  It was the case of the messages issued by his colleagues from the Congress, Marite Hernández Correa and Sonia Mendoza.

“We reprove the attack against the integrity of local deputy Pedro Carrizales, El Mijis. We demand the immediate action of those authorized to clarify the facts”, stated Hernández Correa in a bulletin.

“The situation of violence that we live in the State is very regrettable, and nobody is exempt from criminal acts, but this is an attack also against the autonomy of the powers and against the freedom in the legislative exercise of the parliamentary fraction. As a citizen, I reject any act of violence. We can not allow violence to be installed in the public life of the state. My solidarity for my partner El Mijis and his family”, she concluded.

For her part, Sonia Mendoza Díaz, the president of the board of directors of the State Congress, regretted the aggression suffered by Carrizales Becerra and asked the authorities to carry out an in-depth investigation into the events, as well as the demarcation of responsibilities and punishment of the responsible.

Mendoza Díaz reported that she immediately contacted the competent authorities, who notified him that both the legislator and the people accompanying him “did not suffer any injury and are in good health.”

The PAN stressed that the incident was very regrettable, therefore “a thorough investigation must be done to determine responsibilities, and the authorities must safeguard the safety of Deputy Pedro César Carrizales and his own family”.

Additionally, the federal deputy Tatiana Clouthier expressed her solidarity with the petitioner through their social networks