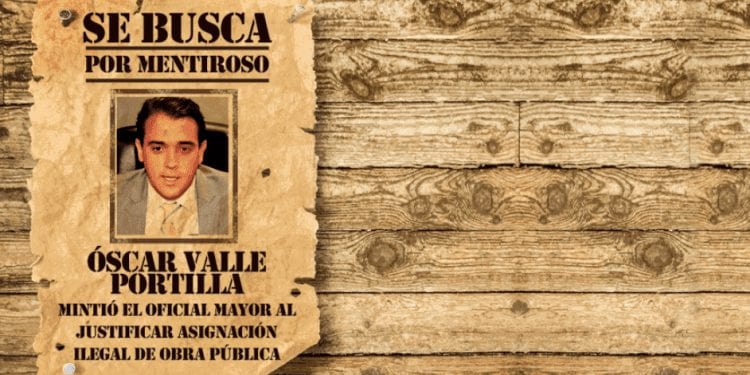 Although for now he seeks only 2 thousand hectares, a project reveals that he seeks to stay with the entire community

In total, the real estate project of «El Chato» López in the communities of San Juan de Guadalupe, Tierra Blanca and San Miguelito, south of the city, includes more than 14 thousand hectares, which represents the total extension of these three communities

According to a project in 2002, this project took 2 thousand 69 hectares of the community of San Juan de Guadalupe, which would be contributed to the Chinancalli Real Estate. Those same 2 thousand 69 hectares are what Espacios en el Horizonte SA de CV and Inmobiliaria Cañada de Lobos currently want to be provided by community members of San Juan de Guadalupe, in the town of Tierra Blanca.

The project of Chinancalli was commissioned by «El Chato» López to lawyer Gustavo Barrera to build a strategic plan, for the urgency of having firm the change of land use necessary for the Development of Pedregal, in the area that currently occupies Chapultepec avenue , crossing the Periférico Sur and neighboring colonies, which were purchased 25 years ago from the community of La Garita de Jalisco.

However, López Medina’s search to obtain more than 2,000 hectares had to cease for a few years due to the designation of a protected area for the Sierra de San Miguelito, which, together with the internal confrontation between comuneros, prevented in 2002 the land use change will be made to the community of San Juan de Guadalupe and its annexes Tierra Blanca and San Miguelito.

But the Development of the Pedregal became a sales success a few years later, which motivated the «Chato» López to continue in his strategy to obtain the territories of Tierra Blanca, for which he is currently fighting with the support of Mayor Xavier Nava Palacios.

The first stage of Chinancalli corresponds territorially with the current plan of Cañada de Lobos Real Estate, with the Las Cañadas Development project, which consists of 2 thousand 69 hectares.

However, Chinancalli also contemplates a second stage, of 11,332.23 hectares, which is composed of: one thousand 105.16 of low sloping land; 984.18, of soil in average slope; 63.03 hectares by road; thousand 374.78 hectares for 15 percent of future developments and 7 thousand 796.09, of ecological reserve. Those more than 11 thousand hectares, added to the 3 thousand 156, account for the 14 thousand 480 hectares of the 14 thousand 495 that represent the entire community of San Juan de Guadalupe and its annexes Tierra Blanca and San Miguelito.

Both stages of Chinancalli were presented by «El Chato» López and his partners in 2009 at the headquarters of the Agrarian Prosecutor’s Office.

The Las Cañadas real estate development project is also advertised with the promise of «integration of a new peripheral roadway», which is the same new road promised by the Monterra and Gran Peñón subdivisions, in the same area of the south of the city, which According to sources close to the community of San Juan de Guadalupe, it is in the process of being concessioned for the company Meta, which is part of the Valorán Group, who built the North, South and West warrants, in the vicinity of the city of San Luis Potosí.

This road would connect the south of the city with the Industrial Zone of San Luis Potosí, when crossing the Sierra de San Miguelito. This new road would also have connection with new industrial parks to be built in the city.

"There are more Procedures," Jiménez defends police action against robberies

Nava and «El Chato» López are accused of attack against activist