Nava and “El Chato” López are accused of attack against activist 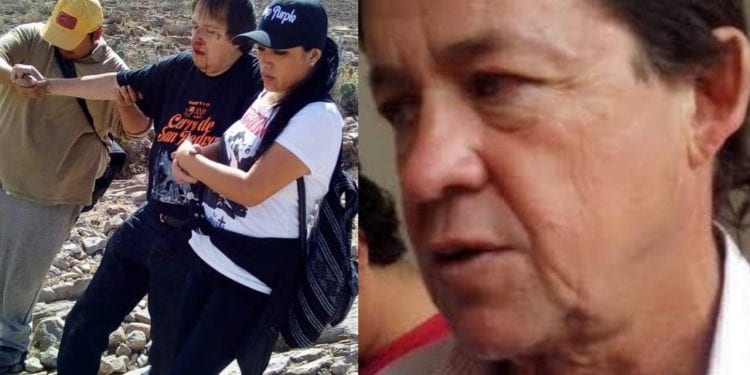 “The fury of Carlos López Medina is because comrade Carlos has put him in evidence in the matter of the change of land use that he does not have in the area he wants. His Machiavellian plan was blown to pieces when the comuneros tied Xavier Nava Palacios publicly challenged him to a public consultation”, explained David Covarrubias, brother of Carlos Covarrubias.

Everything happened on the morning of Saturday, February 23, when Covarrubias Rendón was traveling through the Sierra de San Miguelito when a group of villagers who are in favor of selling their land for the development of real estate attacked him with stones and machetes.

“With machetes stones and guns they went on Carlos who until today is still hospitalized, after an intervention for the rupture of his right clavicle, the fracture in five ribs, as well as internal injuries that keep him under observation”, he explained.

They also accused the Ministerial Police and the Metropolitan Police of taking care of and protecting the aggressors of the aforementioned activist; In that sense, they added: “Carlos López and his lawyers do not agree on the version because now they do not know if it was a lawsuit, a fall or a provocation and the clumsy attorney does not even know what to invent”.

On the other hand, they affirmed that, after the attack, they immediately requested protection from the State Government, which would be granted within three hours, however, Carlos Covarrubias Rendón has not received any kind of security so far.