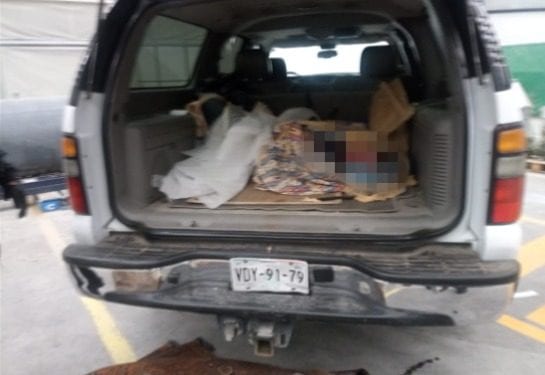 The body of Rubén Rangel was found inside a van, he had a belt on his neck so it is presumed that he was suffocated

After receiving the report of a person without life in the Estrella de Oriente neighborhood, in the capital city, agents of the Investigative Police of the General Prosecutor’s Office of the State of San Luis Potosí (FGESLP), began the investigation of the probable homicide.

Everything happened on January 21, 2019, when a person without life was found inside a winery on the Manuel de la Sierra street in that neighborhood.

The body was found by elements of the Prosecutor’s Office in the back of a truck. At first sight the victim had probable cyanosis signs, and belt marks was observed in the neck, so it will be the necropsy law practiced in the Medical Service (Semele), the one that will determinate the real cause of his death.

This person was already identified as Rubén Rangel, 25 years old.

According to the first reports, two men who were inside the warehouse were able to commit the homicide, however, the Prosecutor indicated that once the investigations have been completed, everything will be known.

Finally, the FGESLP said that it also works with material from some video cameras in the sector to obtain more information to help identify who or who perpetrated these events.

Also read: Homicides with a firearm increased almost 15% in SLP