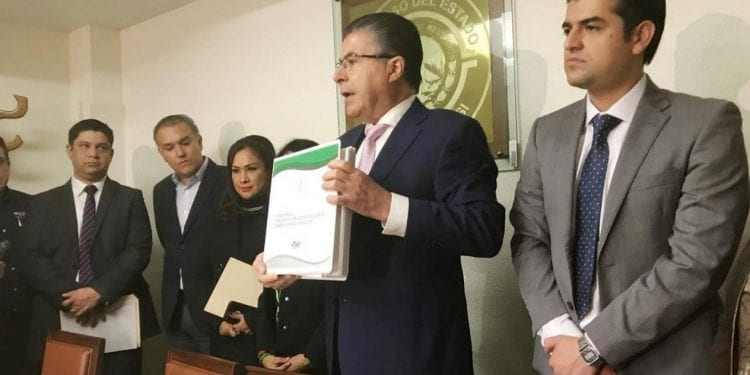 The greenhouse of Santa Rita could be considered the biggest loser in the State Revenue Law for next year, as the opinion of the Finance Commission of the State Congress, which was  voted by the Legislative Plenary, reduced by 53.1 percent its entrance of money.

Last year, the Santa Rita greenhouse received 55 million pesos from the state government, while this year, only 25 million 784 thousand pesos will be invested.

The Production Center Santa Rita is a company that is dedicated to the production of tomatoes, which operates within the state public administration since 2004. The reports of in 2016 and 2017 showed an increase in revenues of 46.6 million pesos, which was largely absorbed by the payment of its workers, since 151.6 million pesos allocated to the payroll of 2016, went to 173.8 million pesos in 2017. Currently the salary of at least 5 managers and a worker of the center is higher at 174 thousand pesos per month.

However, there are several agencies and state agencies that will have a fall in their income for this year.

The Central Hospital, for example, although it is going through a transformation that will make it become a Specialty Hospital, will have fewer state resources this year, compared to those it received in 2018.

Last year, Ignacio Morones Prieto Central Hospital received 583 million pesos from the state government, while this year it will only have 507 million pesos, a reduction of 13 percent.

The Potosino Sports Institute will also have a slight decrease in its resources for this year, of 3.8 percent, which in real terms represents just over 400 thousand pesos.

The Higher Technological Institute of Tamazunchale will also lose 2.6 percent of its state revenues.

The Francisco Cossío Museum will have 14.4 percent less income than last year, same as the Ministry of Culture, which will have 7.99 percent less state money.

The State Institute of Educational Physical Infrastructure will lose 41.8 percent of its resources, since from 3 million 200 thousand pesos will pass to one million 859 thousand pesos.

Another big loser of the 2019 budget will be the State Institute of the Blind, which only had 21 thousand 910 pesos last year, but it will be cut to 2 thousand 360 pesos for this year.

On the other hand, the biggest winner will be the Secretary of Education of the State Government, which will have an increase of 139.5 percent, from 3 million 226 thousand pesos to 7 million 727 thousand pesos.

The Secretariat of Economic Development will also have an increase in the resources it will receive from the state, of 87 percent.

The Ministry of Finance expects to collect 36 percent more resources this year than in the past, with money coming mainly from the payment of vehicle control and the issuance of driver’s licenses, which will increase 36 percent each, according to the projections of that state agency .

Other state agencies will have important increases, such as the Historical Archive, which rose 363 percent; the Cultural Center Real of Fourteen 182 percent and the Cineteca Alameda, 103 percent.

The Technological University of San Luis Potosí will have 60 percent more resources than last year, like the Conalep.

San Luis Potosí will increase public investment in expenses not labeled during this year, but it will reduce almost in the same proportion those that are made with labeled resources, that is, that they have a specific work as a specific destination.

According to the Expenditures Budget 2019 that were voted in the Plenary Session of the State Congress, unlabelled public investment will increase 38.4 percent by 2019, compared to the resources that the entity had in 2018. For the year that just started, public investment not labeled will be one thousand 370 million pesos, while the previous year was 989 million.

On the other hand, labeled public investment will have a reduction of 36.38 percent, since this year it will be 926 million pesos, while the previous year it was 1,457 million pesos. The substitution of resources labeled as unlabeled would, possibly, make it more difficult to maintain vigilance over the destination of the money for these works.

In general, this year, the labeled expenses will have an increase of 20 percent compared to the previous one. In 2018, this type of investments were for 19 thousand 605 million pesos, while for 2019, they will be 23 thousand 567 million pesos.

Among the non-labeled expenses, the only item that suffered a reduction was «property, real estate and intangibles», which will go from one million 355 thousand pesos to zero this year. Of the rest, financial investments, materials and supplies, and general services will remain the same.

All other items of non-labeled expenses had growth: 38.4 percent of public investment; 32.2 percent of transfers, allocations, subsidies and other aid, 24.2 percent of «participations and contributions»; 12.4 percent, of «public debt», and 7.6 percent of «personal services».

On the other hand, the labeled expenses will have a marginal increase of just 0.2 percent, since they will go from 24 thousand 229 million to 24 thousand 284 million.

Only a few items of labeled expenses will grow: «Participations and contributions», 10.5 percent; «Public debt», 4.3 percent and «transfers, allocations, subsidies and other aid», barely 0.99 percent.

Except for public investment with tagged resources, which will fall 36.38 percent, the rest of the items of labeled expenses will remain at zero pesos for this year: personal services; materials and supplies; General services; movable, immovable and intangible assets; and financial investments.